Dyno are an inter-generational Kiwi company that designs and manufactures warehouse and distribution conveyor systems – cutting-edge solutions to optimise their clients’ productivity.

Dyno wanted to innovate some components to raise the bar on conveyor efficiency, but it wasn’t viable to do in-house. They had real trouble finding a suitable engineering contractor prepared to try new and different things, with the ability to deliver cost-effectively.

What they got was over-priced or over-engineered products that came with ‘creeping costs’ or ‘sneaky overcharging’, or just “too hard”… until Metco stepped in.

The Metco experience in the client’s words

Turning Things Upside Down and ‘Killing Several Birds with One Stone’

“Paul talked to us about what we were looking for. We could see that he knew his machines and staff really well – to find the most practical and cost-efficient solution possible.

He suggested turning one component upside down, which we had tried before but didn’t work due to lack of expertise of the previous supplier. He also proposed combining several parts into one multi-purpose component serving as a cross-member, adjuster plate, joiner plate, and belt support. Extra strength was achieved by adding a fold instead of using thicker plate.

He also transformed a common assembly from nine parts down to just five, while standardising on 3mm steel for the whole thing to avoid waste. Assembly now takes two to five minutes instead of half an hour previously – which has released staff and machine capacity for other jobs.”

“Metco’s philosophy is very compatible with ours in terms of quality, efficiency, innovation, and staff engagement. The company is led by example from the front, not ‘driven’, and takes full responsibility for service.

Unlike most engineers who love complexity and tinkering, Metco have a ‘manufacturing mindset’ which looks at long-term efficiency with big scale ‘business intelligence’. Anyone can make things complex, but it takes a smart person to make things simple.

Metco have helped bring mindset changes to our operation. We initially got resistance from our staff to change the way we do things – but having seen the benefits, they’re becoming more open to future innovations and constant change – challenging the status quo.”

They Worried About Details So We Didn’t Have To

“Metco are very fussy about quality. On one occasion one of their team noticed that a non-critical dimension was 4 mm out, which neither we nor our customers would ever notice.

This gave us a lot of confidence in their engineering integrity.”

“Metco have given us overnight turnaround when we’ve really needed it – which just doesn’t happen in the industry.

Other supplies tend to shift parts around their factory with multiple handling – but it adds no value to us and we don’t like having to pay for that.

Their efficient handling keeps time and costs down. Everything is quoted for so we know where we stand and there’s no hidden or surprise costs.”

“Paul takes time to talk with us about techniques and business – about 10 minutes each day, even when he’s busy. This helps to avoid problems and get the best results.

We appreciate this because a previous supplier changed something without asking us and the component no longer worked as it was designed to – meaning a bunch of rework and time delays.

Things have worked pretty much right first time with Metco, apart from a few minor issues on our side which they have helped us to rectify and re-engineer.”

“Metco give us a complete package from design to cutting, folding, powder coating, assembly, packaging, and delivery.

With their innovation and efficiencies, we’ve saved a lot of time and money.

Our conveyors are now stronger, safer, and cleaner, while looking better. This really helps us provide the complete optimal solution that our clients need to boost productivity in their businesses.

It also means we can spend time focused on solving their problems and adding value far above what they pay us, unconstrained by manufacturing capacity. 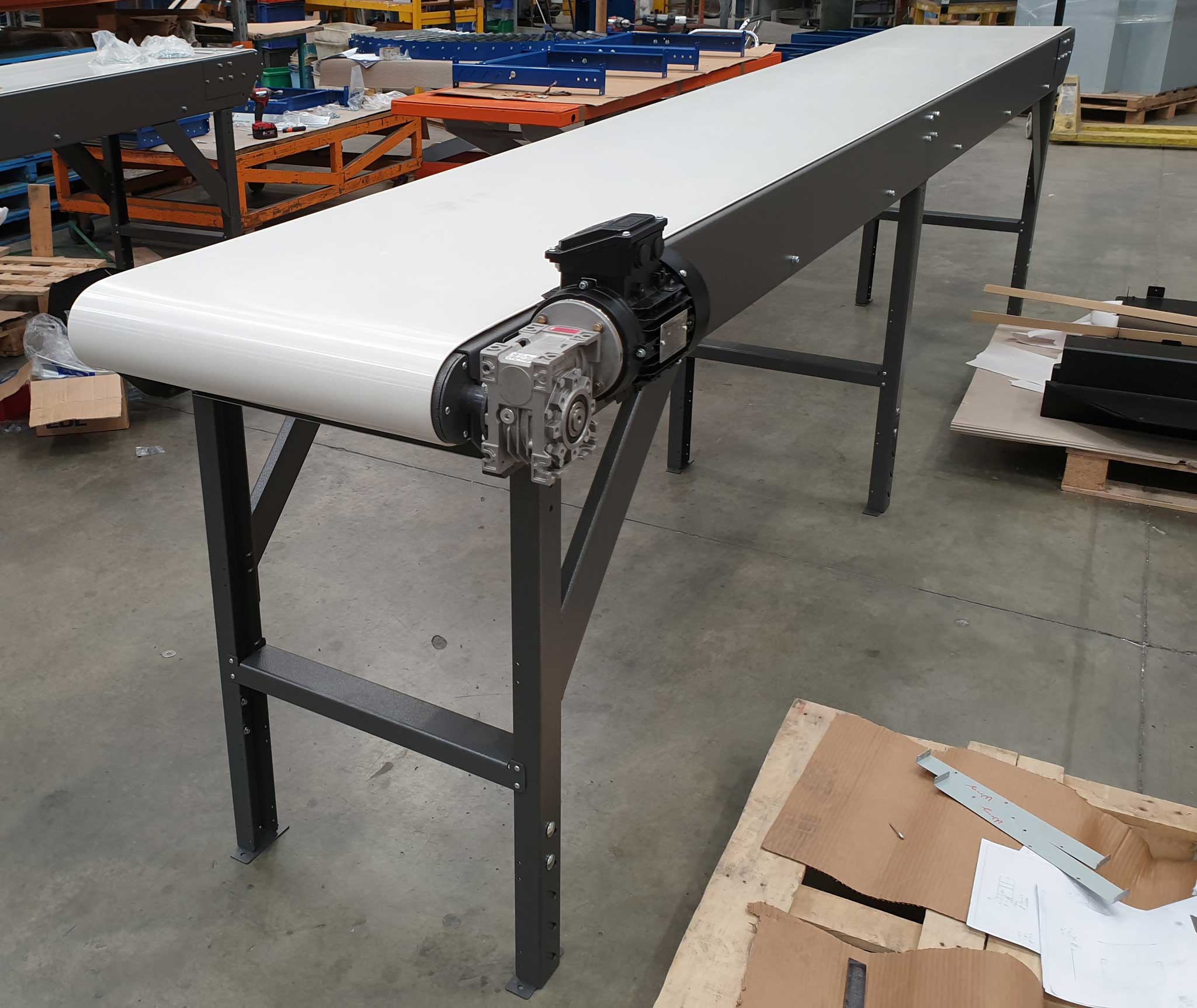