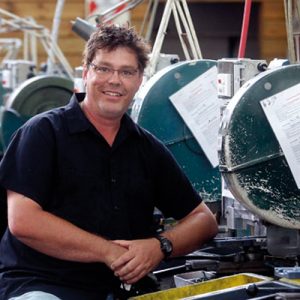 Kiwi companies that export had a bigger jump in revenue last year than those trading locally. According to a study by global workplace provider Regus, 65 per cent of New Zealand businesses exporting products to overseas markets saw revenues rise during 2012, above the international average of 59 per cent.

However, only 55 per cent of companies operating locally in New Zealand had an increase in revenue. That was still higher than the international average of 47 per cent.

Managing director Paul Jessup said the increase in turnover was because of larger volumes of sales.

‘We export, but not directly – our customer’s export, so we’re selling components to them that they’re exporting.

“We’ve seen a big jump with Japan over the last three months particularly with hardware for windows such as stays, and Australia mainly with the building sector and commercial fitouts.”

John Henderson, Asia-Pacific director of Regus, which counts companies such as Google and GlaxoSmithKline among its customers, said it was aware of many obstacles Kiwi businesses faced when setting up an international presence, “such as paperwork and property costs and the difficulties in establishing an image and brand in another country”.

“However, with more exporting companies reporting increases in profits and revenues than those who stay home, we can definitely see the potential for businesses to expand abroad.”

Almost 40 per cent of the New Zealand respondents also said that managing local taxation and regulation issues was one of the biggest challenges to firms beginning to export.

While revenues rose more for exporters, so did profits.

Again, 46 per cent of Kiwi export companies reported a rise in profits, compared with only 42 per cent of locally focused companies.