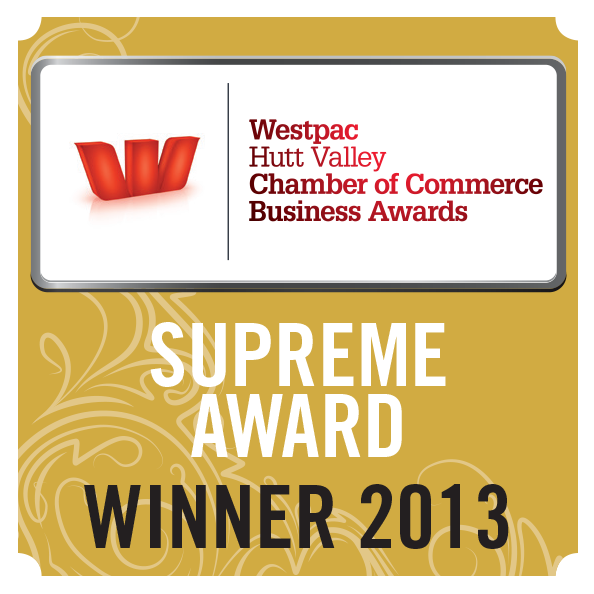 Metco owners Paul Jessup and Brent Greer were delighted with their success as the company which employs 60 staff continues to innovate and grow.

“We are engineers who have responded to the needs of the customers by developing quality products and components for local and international markets,” says Brent Greer.

Metco also received the award for manufacturing and distribution.

A wide range of organisations were represented in the 11 categories with Unichem Clive’s Pharmacy in Wainuiomata taking two awards for retail and leadership.

“We are always working to attract new businesses into the valley, but these business awards highlight the need to celebrate the success of business enterprises that are already here and being successful.

“The economic downturn was hard for many who toughed out the tight times and now there is the beginning of an improvement.

“The Westpac Hutt Valley Chamber of Commerce business awards acknowledge those businesses that are on the leading edge of that change,” he says.

The gala awards dinner at the Avalon Television Studios attracted more than 400 people with the two Mayors, Wayne Guppy, Upper Hutt, and Ray Wallace, Lower Hutt, saying the awards were a positive statement about the growth of business in their communities.

Hutt Chamber president Helen Down says the chamber had played an important role in supporting emerging businesses and providing training programmes to establish a firm foundation for new enterprises to grow.

The award winners were: